by The Charmin' Elf 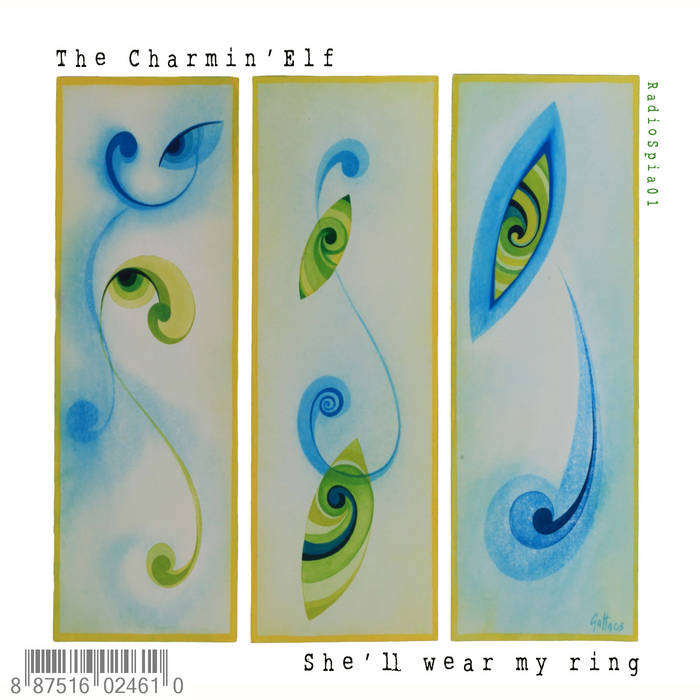 Beautiful acoustic song recorded during an Advanced Course for Sound Engineering at Mastering.it / VBG Audio Labs in year 2011. This song contains one of the last immortal performances from our friend Massimo La Zazzera. All in loving memory of Massimo.

released November 6, 2012
The Charmin' Elf Bio: On Fall 1999 some musicians and friends decided to gather together. They had been friends for years but as musicians they had walked different paths. The love for ancient melodies put them together as much as the need to give life to an experience to be a "free zone" for their restless creativity. The starting up was the so-called Celtic music (Irish, Scottish, Breton folk music, etc.). It was not the choice of a music "genre", but the natural approaching to a tradition pervaded with those "modes" they love. They magically stimulate the search of a lost sound, dwelling in the recesses of our souls; a resonance that can't be described by words and whose origin can't be set in time and space.
Besides Celtic music, they also hear "the call" of music and instruments from other traditions - including from Apulia region, of course. What prevails in their music is a personal interpretation of the traditional music, in harmony with the different experiences and personalities of the group members.
__________________________________

"If you take the soul of the traditional and epic Chieftains, add the popular one of Dubliners and the fresh and current one of Lunasa, with the originality of their sound, you will get... The Charmin'Elf. Several years have passed since their first album titled "Mattino", which boded for a second chapter .
Finally, in November 2012, they released the new single "She'll wear my Ring" for a new label (RadioSpia): a ballad written by Giovanni Mastrangelo. It is intense and can affect your mood, it shines of immediacy and ease of impact .
The melanconic charm of its chorus pervades the listener's heart, thanks to the low whistle played by Massimo La Zazzera in one of his last recordings (maybe the last one). The Charmin'Elf have grown and have became mature, giving us their passion and curiosity.
One of the main credit is the suggestive and simple arrangement wanted by Marco Maffei, who engineered the song and decided to move the band away from the Irish-folk style, into a new contamination with other musical genres.
Infact, I denote a folkie matrix with digressions through a baroque phrasing, especially for the strings played by Emanuela Lioy (violin and cello).
The other musicians, Nicola Cicerale on guitar, Giovanni Mastrangelo on bass and bouzouki , Aldo Grillo on percussions let "She'll wear my Ring" spread feelings of honesty, candor, pride and elegance, above all thanks to the the exquisite voice of Mara Campobasso (also playing a diatonic harp, called in Gaelic "cláirsach" ). Her voice reminds the Altan singer and violinist Mairéad Ní Mhaonaigh, but her originality and tunes are so strong that any comparison vanishes.
The winter is over, this ballad and its sounds are warming up the Spring with reflections of changing: the right season to listen and appreciate it. Waiting for the new album" (Samuele Romano, music critic)

RadioSpia is a record label and a publisher, coming out from Marco Maffei experience in sound.
The aim is to produce excellent music.

Bandcamp Daily  your guide to the world of Bandcamp